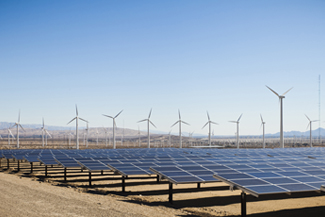 The December 2015 Paris climate agreement came into force during the quarter. Signatories are committed to keep global warming within 2ºC of pre-industrialised levels and companies will need to develop transition strategies to meet these demanding targets. We attended a ‘fossil fuel transition scenarios’ seminar hosted by IIGCC that considered the resilience of oil majors and whether they are doing enough in response. Work by CDP indicated that the European oil majors rank much higher than their US peers in the transition to a low carbon economy.

A constructive meeting with John Wood gave reassurance that it was well positioned for the transition to a low carbon economy with a de minimus involvement in tar sands and exposure to oil services falling as it develops a clean energy focus including wind and battery storage capabilities.

The CFB is one of 13 founder asset owners of the Transition Pathways Initiative (TPI), which will assess how individual companies position themselves for the transition to a low carbon economy. An assessment of management quality and carbon performance of the oil and electric utility sectors has been issued as the first part of a phased roll out. The TPI tool will allow companies’ projected emissions to be profiled and compared to the 2ºC target and current public policy commitments.

We participated in a series of meetings in Rome where it was agreed that: the Anglican, Catholic and Methodist Churches should continue to work closely together on the Initiative; a statement of ethical convergence between the three Churches be set out; a site visit to Colombia in February; and senior church leaders and mining executives should meet in the spring prior to a Day of Reflection in the autumn. 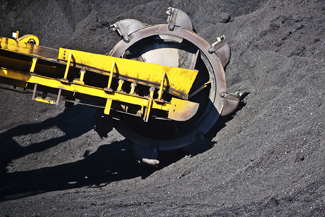 Rio already has the best safety record in the sector, although a fatality free year remains elusive

We were involved in the Rio Tinto investor sustainability day, where we heard about the impressive exercise to map accidents and injuries over 25 years to help understand the nature of fatality risk across its operations. Rio already has the best safety record in the sector, although a fatality free year remains elusive. A new strategy to assess biodiversity loss, which is now regarded as a critical risk, was also launched. On a more negative note we have been monitoring with concern allegations of bribery in Guinea.

We continue to monitor Samarco, BHP Billiton’s Brazilian joint venture with Vale. Additional concerns have arisen about the failed dam and ongoing environmental problems. Already BHP has set aside $1.2bn for compensation and ongoing remediation work. However, we were heartened by the decision of BHP to design a new global structure to strengthen joint venture safety and risk management where it is not the operator.

Once again GSK was ranked top in the Access to Medicine Index, and was particularly commended for its R&D targeted at urgently needed treatments in developing countries. It was pleasing to see that our engagement with AstraZeneca following its previous poor showing has been rewarded as it is now ranked 7 out of 20, up from 15 in the last survey.

We met with senior Nestlé UK managers as part of our ongoing engagement with the company. Sustainability initiatives in coffee, cocoa and commodity sourcing were discussed, as well as UK Modern Slavery Act reporting. Nestlé remains committed to the FTSE4Good process on Breast Milk Substitutes. Danone has become the second company to meet the stringent requirements for inclusion in the FTSE4Good Index.

Modern slavery and human trafficking were the main themes of the Church Investors Group conference. Under the UK’s Modern Slavery Act companies with turnover in excess of £36m, any part of which is located in the UK, are now required to report actions to ensure that slavery and human trafficking have not occurred in their operations and supply chains. Alongside CIG colleagues we met with Next and British Land to understand their approaches in assessing the potential risk from trafficking and modern slavery. 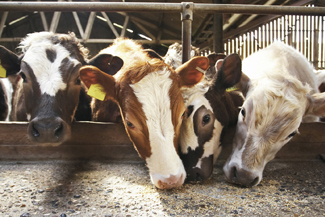 The widespread use of antibiotics in the food supply chain is believed to be in large part responsible for increased resistance in humans. We became a signatory to a global investor initiative on anti-microbial resistance in partnership with ICCR, As You Sow, and Farm Animal Investment Risk & Return. The initiative urges global food and hospitality companies to phase out the routine use of antibiotics in their operations. We are a Business Benchmark on Farm Animal Welfare Investor Statement signatory as we anticipate that farm animal welfare will become of increasing significance for responsible investors.

We were invited to consult on remuneration policy by SThree, the specialist recruitment company. Our recommendations to reduce the threshold vesting level under the LTIP and increase the shareholding requirement threshold were implemented.

We welcomed the Government’s consultation on corporate governance which: addresses executive pay; strengthens employee, customer and supplier voices; and the toughens the governance regime for leading non-listed UK businesses.

We have been rated as a Tier I Signatory under the new Financial Reporting Council Stewardship Code rating system. This confirmed that our Statement is a good quality and transparent description of our approach, providing explanations of alternatives where necessary. Our Statement is available on our website.