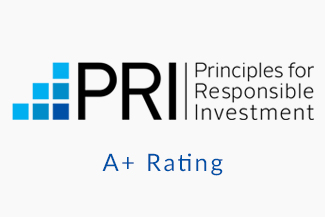 The PRI survey of our environmental, social and governance approach (ESG) has once again resulted in the highest score of A+ for strategy and governance as well as for incorporating ESG issues into our listed equities investment process. The scores reflect the benefits to clients of our integrated approach and commitment to ethical investment.

This year, the Aiming for A shareholder resolutions at Rio Tinto and Anglo American, which we co-filed, and Glencore, which we do not hold, were approved by over 95% of votes cast. The resolutions called for reports on portfolio resilience to climate change. We proposed the resolution on behalf of Aiming for A at the Anglo American AGM. The process has been influential in Europe with energy and resource companies committing to more detailed reporting. However, the picture in the US is less positive where similar resolutions were opposed by the Exxon and Chevron Boards yet won support of 38% and 41% respectively.

Our UK equity portfolios continue to show a downward trend in carbon intensity and a lower carbon footprint than the FTSE All Share Index, according to Trucost. Full details of the results are available on our website in our Montreal Pledge declaration.

We conducted a further round of engagement with the Chief Executive of Randgold Resources. The company operates in some challenging territories, such as Mali and the DRC. It was reassuring to see the company made strong progress last year in reducing safety incidents, with two mines achieving zero lost time injuries, and in reducing significant environmental incidents.

In advance of the Rio Tinto AGM we met with activists brought together by London Mining Network to understand community concerns and issues related to Rio’s operations. This helps us to understand grievances and where appropriate raise them directly with the company as part of a regular dialogue

We commended Rio Tinto for launching a ground-breaking document on how it integrates agreements into community and social performance, with over 40 now in place globally. It also disclosed a complete list of the tax jurisdictions in which it operates and has committed to supporting measures to eradicate aggressive tax avoidance. We continue to review updates from BHP Billiton as it responds to the Samarco tragedy. An independent foundation has been approved that will respond to the area’s social, economic and environmental challenges, informed by science and reflecting the needs of the community. 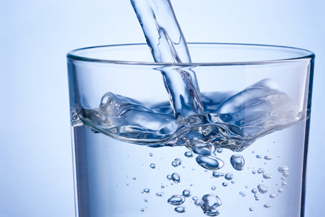 It is not always clear how and why companies are involved in corporate lobbying. Transparency International (TI) recently reported that although some good practice exists better disclosure is required overall. Based on the TI findings we wrote to 14 companies about their corporate lobbying policies and activities, commending GSK and Centrica for market leading practice and querying the poor performance of ARM, Experian, HSBC, Prudential, Standard Chartered, RBS, Vodafone, WPP and RBS. We also wrote to AB Foods, BT Group, RELX Group and Sky, urging improved transparency and accountability as they had all failed to respond to TI.

We received a reassuring response from Co-operative Funeral Care regarding funeral poverty, in response to our letter seeking to understand their approach. The company complies with the Fair Funerals Pledge and is developing its services further to help those in financial difficulty. 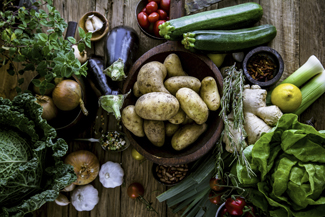 We are reviewing our policy on the ethical issues related to the food and beverages industry. Since adoption in 2005, there have been significant changes in public attitudes towards nutrition, wellness and obesity. The review will therefore focus mainly on nutrition and health to align with the Access to Nutrition Index to which we are a signatory. The new policy will also integrate our current approach to Nestlé and breast milk substitutes.

As leading supporters of the Business Benchmark on Farm Animal Welfare (BBFAW) we have encouraged and advised on the development of a Global Investor Statement in order to catalyse investor collaboration on the issue. The Statement, backed by 18 investors controlling £1.5 trillion of assets, was launched during the quarter. It calls on companies to assess the risks arising from farm animal welfare and highlights their responsibility to help raise standards. We are also part of an investor coalition led by BBFAW engaging with companies to improve their ranking in the benchmark. In addition, we supported a Share Action initiative targeting antibiotic use in the animal supply chain and received a reassuring reply from Restaurant Group stating that “it is a requirement of our supplier contracts that antibiotics are only used for the treatment of diseases and not for other purposes”.

The second quarter marks the height of the proxy voting season. Shareholder revolts occurred at BP and Smith & Nephew where advisory votes on remuneration were defeated. Under the CIG voting template, we continued to oppose excessive executive pay where it was not linked to strong performance. During the quarter we voted at 70 UK meetings and opposed or abstained on 13% of resolutions. In Europe we voted at 188 meetings, opposing or abstaining on 23% of resolutions.