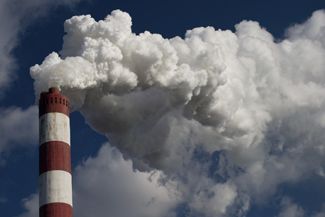 We work extensively to encourage companies to take seriously the threat of climate change.

We work extensively to encourage companies to take seriously the threat of climate change. We do this through engagement, including in partnership with other investors. and through shareholder resolutions. We apply our research capabilities to ensure our portfolios reflect our ethical stance, which can lead to disinvestment in some cases.

We co-signed a letter from the Institutional Investors Group on Climate Change to the G7 and G20 leaders urging them to meet their commitments under the Paris Agreement and to drive investment in low carbon technologies as part of a transition framework. We also wrote to Centrica about its 25% stake in the Bowland Shale Basin in Lancashire, noting the effect on climate change and emissions and the potential environmental and community impact associated with fracking. We asked Centrica to provide more information on how it plans to keep within the two degree limit whilst it invests in shale gas exploration.

Through our partners in Wespath, part of the United Methodist Church in the US, our main overseas portfolio was involved in filing a successful resolution at the Occidental Petroleum AGM, with 67% support from shareholders who voted. The resolution called on the company to provide a detailed report assessing the impact of climate change. We also supported a similar resolution at the ExxonMobil AGM, co-filed by the Church of England, which received 62% support. We abstained on a shareholder resolution at the Royal Dutch Shell AGM which called on the company to set targets for its Scope III emissions (the emissions of its customers). We believed the target was impractical but were disappointed with the company’s response. The resolution attracted little support.

We are founding members of the Transition Pathway Initiative (TPI) which aims to determine how companies are progressing towards full transition. In June the TPI launched a sector review on utility companies. We use the TPI as a research tool.
The Methodist Conference this year expressed concern at the low rate of progress from Oil and Gas companies responding to climate change. Conference called for a lower disinvestment threshold based on when companies will be acting consistently with a 2C or below target. Our ethical investment advisory committee will be returning to this issue in detail and we will also be extending our analysis and engagement. 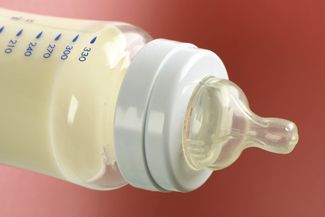 Through the Church Investors Group, we engaged with Reckitt Benckiser over its planned acquisition of US infant nutrition business Mead Johnson

Through the Church Investors Group, we engaged with Reckitt Benckiser over its planned acquisition of US infant nutrition business Mead Johnson. Mead Johnson achieved a disappointing bottom position in the latest Access to Nutrition Index breast milk substitutes (BMS) rankings, suggesting its approach to the marketing of BMS products is considerably below best practice. We will continue to monitor the situation.

We engaged with Rio Tinto after allegations were made that the company had relaxed its biodiversity commitments in Madagascar. The company stated in reply that a new independent multi-disciplinary committee would be overseeing the implementation phase of the site’s biodiversity and natural resources programme. We wrote to Anglo American after local community representatives expressed concerns over the safety of tailings management at the Minas Rio project in Brazil. We await a response. We participated in a BP meeting for responsible investors in which its 2016 environmental, social and governance performance was presented. BP appears to be developing interests in renewable energy and biofuels, albeit from a low base.

The fair trade movement has been one of the great success stories in terms of raising standards and improving economic livelihoods. We were therefore disturbed to learn that J Sainsbury, among the most significant UK contributors to sourcing fair trade produce, may be considering withdrawing from the Fairtrade mark and replacing it with an alternative ‘fairly traded’ standard. The Methodist Conference expressed its deep anxiety at the move by passing a Notice of Motion calling on the Church to engage with supermarkets to continue to support the Fairtrade Foundation Fairtrade mark. We will be engaging with the companies as shareholders.

We participated in the annual CIG conference in June. Its sessions focused on executive remuneration, climate change and how members can work with fund managers to deliver responsible investment objectives. The conference included speakers from Barclays, the Taskforce on Climate Related Financial Disclosures and the London Business School. 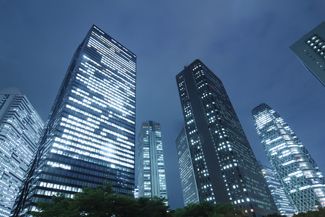 We exercise our votes at company general meetings in accordance with a template drawn up with fellow Church Investor Group (CIG) members. This year is for many UK companies a Remuneration Policy year, in which binding proposals are put to shareholders on pay policy for the period 2017-2019. We voted against many policy proposals as being either excessive or providing a poor link to performance.

The majority of UK AGMs take place during the June quarter, and we voted at 73 UK meetings, opposing or abstaining 13% of resolutions including 66 remuneration reports and policies (62%). In Europe we voted at 178 meetings, and opposed 22% of all resolutions.

We will soon publish a revised and updated statement of our corporate governance voting policy.