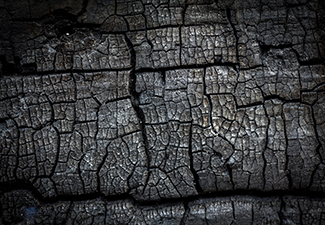 Our Fossil Fuel Forum, held in March, brought together people who were interested in climate change investment policy

The economic and ethical context relating to climate change is constantly developing. That means our approach must also be dynamic if our investment policy is to remain relevant.

Our Fossil Fuel Forum, held in March, brought together people who were interested in climate change investment policy. The aim was to help the Methodist advisory committee on the ethics of investment develop its thinking on the subject. The participants discussed presentations delivered by a theologian, an economist, Carbon Tracker on the stranded assets argument and Operation Noah, which advocates disinvestment from fossil fuel companies. The prevailing view was that whilst our current approach is appropriate, if there is insufficient progress in the slowing of global warming, it will need to be revised.

We continued to implement our policy relating to different types of fuel. None of the 6 oil companies held in our European equity portfolio was in breach of the policy, but engagement with Statoil and Repsol may be necessary given their rising exploration expenditure and exposure to oil sands. In the Oil Services sector, two additional exclusions, Hunting and Lamprell, were agreed as their business models are based mainly on discovering and developing new fossil fuel assets. We will also engage with John Wood Group, which is involved in decommissioning existing fossil fuel assets and providing services to the renewables industry, whilst being less exposed to exploration and development.

As a member of the Aiming for A coalition, we co-filed shareholder resolutions with Rio Tinto and Anglo American, calling for more disclosure on portfolio resilience to climate change impacts. We will also represent the coalition at the forthcoming Anglo AGM. 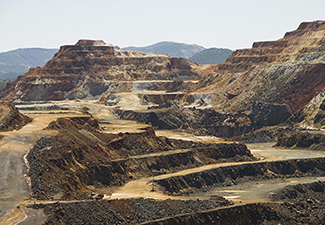 We have closely followed developments relating to the disaster caused by the Brazilian dam collapse at Samarco Mineração, a mining joint venture between BHP Billiton and Vale. We have also been in contact with Anglo American to discuss allegations of excessive force being used in the eviction of people from the Cerrejon Coal mine in Colombia. The company stated that some protesters attempted to block a judge’s access to negotiate with a householder, requiring action by riot police.

We participated in the Anglo American sustainability day with an opportunity to hear from both the Chairman and Chief Executive on 2015 environmental, community and safety performance.

We continue to be very active in the Mining Reflections process, which brings together mining CEOs and church leaders to seek ways of assisting mining to become both sustainable and a clear contributor to the ‘common good’. A regional day of reflection took place in South Africa and others will take place this year, whilst a global Day of Reflection is planned for 2017.

Water risk is viewed as a material issue for many businesses. As the lead in the related CIG engagement project we have written to 37 laggards in reporting on water management strategies. Their responses have ranged from the in-depth and informed to the inadequate and complacent. Of 26 responses so far, 7 have said they will improve disclosure through completing the CDP Water survey, with a further 3 considering taking part.

We wrote to the issuer of one of our bond holdings, the Co-op, which owns the UK’s second largest funeral provider

We wrote to the issuer of one of our bond holdings, the Co-op, which owns the UK’s second largest funeral provider, asking it to sign the Fair Funerals Pledge. Social welfare provision is no longer adequate and the reality of pauper funerals brought about by the increasing cost of even a modest ceremony was brought home when it was raised by a select committee of MPs.

Some aspects of business accountability continue to be poorly understood. One such area is corporate lobbying. Whilst some lobbying may be legitimate, Transparency International (TI) suggests that lobbying may disproportionately influence public policy and erode trust in business. A TI survey shows that some good practice exists but demonstrates that companies need to go much further in disclosing how and why they lobby. We are reviewing the findings and may engage with the laggards.

We are investor supporters and signatories to the Access to Medicines Index (ATMI) and the Access to Nutrition Index (ATNI). We signed an investor letter facilitated by ATMI calling on specific pharmaceutical companies to participate in the 2016 survey. The results of the 2016 ATNI survey identified Nestlé, Unilever and Danone as among the best in class for helping to tackle undernourishment and diet related chronic diseases. Nestlé also scored well in the breast milk substitute sub-section.

As investor supporters of the Business Benchmark on farm Animal Welfare (BBFAW) we encouraged the development of an Investor Statement that could catalyse investor collaboration on the issue. In addition, we supported a Share Action initiative targeting antibiotic use in the animal supply chain, co-signing an investor letter to Restaurant Group calling on it to develop supply chain protocols that monitor the use of antibiotics in meat sourced for their businesses.

Our 2016 UK Stewardship Code statement is available on our website. This is a voluntary code in which supporting asset managers and asset owners subscribe to seven principles relating to voting, engagement and stewardship.

Working with our CIG partners, a corporate governance policy and voting template was agreed for 2016. This will be applied and executed by our voting partner, ISS. During the quarter under review, we voted at 15 UK company meetings, opposing or abstaining on 8% of resolutions. These included 13 remuneration reports where pay was excessive or poorly structured. In Europe ex UK we voted at 35 meetings, opposing or abstaining on 17% of resolutions. Our summary voting report is available online, and a more detailed report on request.