As part of our commitment to managing portfolios consistent with a 2 °C world, we continually engage with companies about climate change. Companies are still responding to shareholder resolutions we have co-filed over the past couple of years. We use a number of tools to support our in-house research in evaluating responses.

As such we are founder supporters of the Transition Pathway Initiative, which aims to determine how companies are progressing towards full transition. A preliminary assessment of the oil and gas industry found climate risk was acknowledged as a business issue by almost all surveyed companies, but few were at a level where strategic assessment had begun. Utility companies were found to be more advanced than energy companies, but the most common factor hindering progress was found to be a lack of quantitative targets for reducing operational GHG emissions. 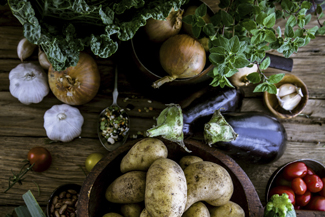 We have published a new Policy Statement on issues in the food industry relating to health, nutrition and wellbeing

We have published a new Policy Statement on issues in the food industry relating to health, nutrition and wellbeing. This recognises that diet related obesity and under-nutrition are key issues for the food and beverage sector. The Policy looks at the areas for engagement, principally product reformulation to remove salt, sugar and fat, or to add fortified nutrients. The Policy updates existing polices on Food and Nestlé.

We are committed to regular engagement with Nestlé. We attended a conference in London convened by Nestlé, bringing together many of the global agencies on infant nutrition to debate the First 1000 Days of Life. This considered nutrition from conception to two years, and the role infant formula manufacturers can play in the debate around improved ‘in-country’ regulation. This was a ground-breaking initiative and we were the only investment organisation represented.

The MFRI brings together church leaders and mining executives to discuss how mining can best promote the common good. We are involved because our relationships with both church and mining mean we have been able to help facilitate discussions. We took part in a visit to Colombia which was useful while also highlighting the challenges involved in organising engagement with communities. A Day of Reflection is planned for later this year. There is strong commitment by the Roman Catholic, Anglican and Methodist representatives to work closely together on the MFRI with a statement of ethical convergence between the three Churches being one specific outcome. 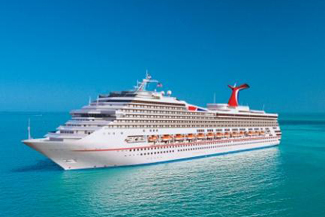 Carnival Corporation is the world’s largest leisure travel company, specialising in ocean based tourism. The company was recently fined $40m for illegal dumping of oily waste at sea. The settlement with US authorities requires Carnival to retrofit 78 cruise ships to prevent reoccurrence. We wrote to Carnival regarding its environmental management to seek reassurance that it will in future adhere to the highest standards of waste management. We also challenged it on the approach to tackling climate change given shipping falls outside of the international climate agreement. A response is awaited.

The French oil company Total has been excluded from investment since the 1990s stemming from its activities in Burma/Myanmar. Given changes in the country, we reviewed whether the exclusion remains warranted. In particular we needed to understand how Total protects human rights in the vicinity of its pipeline, and how it managed community relations in areas of conflict. An encouraging response was received from the CEO setting out some of the grievance mechanisms the company has established and inviting us to discuss these further at a meeting. We are due to meet the company in the near future.

The launch of the Corporate Human Rights Benchmark in March was the first attempt to rank companies across three sectors; agricultural products, apparel and extractives, according to their management of human rights risk. Very few companies scored well, suggesting it is difficult to respond to multiple human rights risks. BHP Billiton, M&S and Rio Tinto scored above average. We will use the Benchmark to help inform engagement.

M&S responded to our query about allegations of child labour in its supply chain in Turkey. The company assured us that child labour was not tolerated and investigations had been carried out within 24 hours of the allegations being made.

The results of the 2017 Business Benchmark on Farm Animal Welfare saw several companies fall in terms of process or performance. We wrote to Compass Group, J Sainsbury and Whitbread seeking to understand why. Responses have been encouraging with both Whitbread and Compass setting out their plans for improving the way they communicate their approach to farm animal welfare. 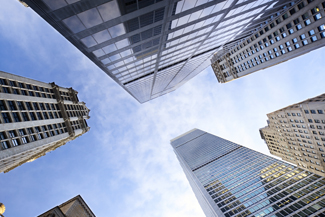 Vodafone, WPP, RBS and HSBC have responded to our questions about their approach to lobbying transparency

Vodafone, WPP, RBS and HSBC have responded to our questions about their approach to lobbying transparency. Vodafone in particular showed a strong commitment to full transparency, which was recognised in the Transparency International rankings.

We are part of the Church Investors Group (CIG) collaborative voting policy and we exercise our votes in accordance with a template drawn up by CIG. As a prelude to the 2017 proxy voting season, CIG wrote to all FTSE350 constituent companies setting out the new voting policy. This will take a strong and proactive stance on executive pay, gender diversity, climate change and wider corporate governance best practice. The Policy in particular targets excessive pay and whether incentives genuinely motivate superior performance.