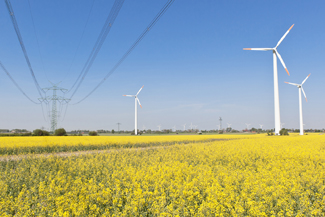 Government action on climate change has been slow but some progress has been made. The Paris Climate Agreement has now acquired sufficient ratifying parties (55 countries and 55% of global GHG emissions) to be admitted into international law and will come into effect in November. During the quarter we signed a public letter with other members of the Institutional Investors Group on Climate Change to the G20 leaders, calling on them to ratify the Agreement and support a doubling of global investment in green energy by 2020.

As stated in our Climate Change Policy we target a below market carbon intensity in our portfolios. This has been achieved since we began measurement five years ago. Recently we became a signatory to the PRI Montréal Pledge, an initiative aimed at encouraging transparent reporting by investors of portfolio carbon impacts. Our full disclosure under the Pledge (renewed annually) can be seen on our website.

We met with energy supplier SSE during the quarter as part of the Aiming for A coalition. The company is making good progress in preparing future energy scenarios which it intends to make public. Our detailed discussion also covered SSE’s public policy role in lobbying for clean energy incentives.

We participated in the Royal Dutch Shell Sustainability Day, which included presentations by the Chief Executive and other senior personnel. Much of the additional transparency requested by the Aiming for A shareholder resolution has now been implemented, and the presentations focused on Shell’s progress in reducing emissions impact. Whilst Shell continues to progress thinking around carbon, capture & storage technology, it was disappointing to note that considerable challenges remain, particularly in relation to cost. 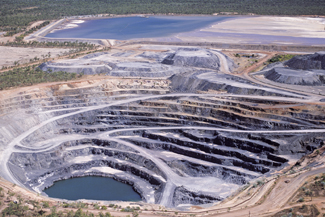 We continue to monitor the situation at Samarco, BHP Billiton’s Brazilian joint venture with Vale. The remediation and restitution work appears to be progressing well following the dam collapse. Whilst the company acted swiftly, the ongoing challenge is to ensure the response is clearly seen to be fair. It is noteworthy that the management has foregone their bonus payments given the loss of life and devastation caused by the accident.

Our engagement on corporate lobbying with companies has delivered interesting results. We used information from a Transparency International (TI) survey when contacting companies. Strong and supportive responses were received from Sky, GSK and Vodafone. The response from Standard Chartered noted that it was working closely with TI to improve disclosure. Although the bank has strong overall governance procedures for lobbying, it is seeking to improve public scrutiny through enhanced disclosure. BT Group emphasised its existing public disclosures and improving transparency. However, we were disappointed with other responses. RELX is now working with TI, but provided little information about its approach. Associated British Foods rejected the TI survey approach on the grounds that it does ‘not have the same business model as most other companies’. We have asked both companies for more information.

In July we published our Responsible Investment Annual Report, which covers the range of initiatives and engagements that we have participated in over the past year. Itis available on the website and hard copies can be obtained on request.

We promote gender diversity in the boardroom and reflect this in our voting at company AGMs. The Davies Committee set a target of 25% women on FTSE100 Boards by the end of 2015, which was exceeded by the year end. A new target set by its successor body will seek 33% women on FTSE350 Boards by 2020.

For many companies this will be a challenging target, given the lack of progress so far. We co-signed an investor letter in the Financial Times in August calling on companies to escalate progress on diversity after evidence showed it to have slowed. The letter commended companies such as Halfords which has made strenuous efforts to balance its Board equally. We vote against Nomination Committee Chairs of those companies where meaningful progress has not been made.

The third quarter marks the end of the main UK proxy voting season. This year we have seen a modest increase in shareholder activism, but on the whole shareholders continue to approve remuneration schemes that we believe are excessive. During the quarter we voted at 26 meetings and opposed or abstained on 12% of all resolutions but 64% related to remuneration. 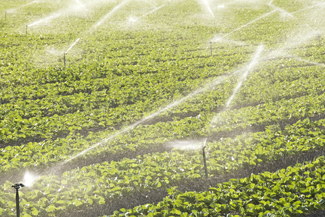 We have completed the Church Investors Group 2016 CDP Water Engagement project, which we led. The programme targeted companies for which water use and water stress is viewed as a material risk. We contacted 37 companies and while responses have been mixed, seven companies that had not previously participated in the CDP Water Survey request told us that they would do so next year. These included Burberry Group, IHG Group, John Wood Group, KAZ Minerals and M&S. CIG expects to continue this engagement initiative in 2017.

We have worked closely with the Financial Reporting Council, which oversees the operation of the UK Stewardship Code following its decision to ‘police’ responses more closely by introducing a system that rates managers as either Tier I (fully meeting expectations) or Tier II (not meeting expectations). As a result of our discussions, we believe our revised Code submission qualifies as Tier I. Our revised Code Statement is available on our website.