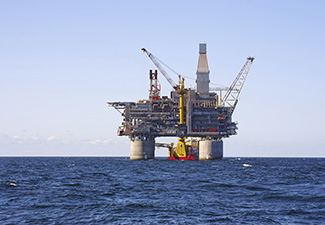 Whilst climate change must be dealt with at government level, businesses and investors also have an important role to play

This is something Epworth Investment Management and the Central Finance Board of the Methodist Church (CFB), which manages investments on behalf of the Methodist Church in Great Britain, has long recognised. In 2015 Epworth extended its policy on climate change to address the complex challenges presented by different types of fuel. As a result two holdings were sold and four more excluded from potential investment on ethical grounds. This was because they all had business models based on the exploration for, and development of, new fossil fuel assets. A holding was also sold due to the company’s exposure to thermal coal and its ongoing commitment to the business.

The Methodist Church has responded to the challenge of climate change in a variety of ways. At the 2015 Methodist Conference there were three Memorials and a Notice of Motion on the subject as well as a debate on the report Fossil Fuels and Ethical Investment. This year the Joint Advisory Group on the Ethics of Investment (JACEI), convened a forum to examine the theology, economics and likely scenarios of climate change as well as the case for disinvestment. The Forum was held in London on 23 March. Recognised climate change specialists and concerned NGOs helped us evaluate what was said, with the aim being to assist JACEI in discerning the appropriate advice to offer Epworth and the CFB related to fossil fuels and climate change.

Epworth’s Climate Change Policy sets out how we encourage companies to reduce greenhouse gas emissions and improve their disclosure. This was the impetus behind our membership of Aiming for A, a coalition of institutional investors with £230bn assets, including other members of the Church Investors Group, the Local Authority Pension Fund Forum, and the Pensions Trust. Aiming for A was launched in 2012 to engage on climate and carbon risk with the 10 largest UK extractives and utilities companies. The aim is to drive carbon risk management and disclosure by encouraging companies to improve their rating to the top band as measured by CDP (formerly Carbon Disclosure Project). The Survey’s scoring methodology gives considerable weight to operational emissions management. 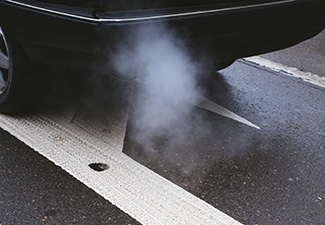 In 2015 the Coalition successfully co-filed shareholder resolutions for the BP and Shell AGMs, encouraging the companies to better manage their own carbon emissions. Both resolutions were backed by the companies and the votes were both over 98% in favour. The impact of the resolutions can already be seen with the companies beginning to integrate climate change into their business strategies.

Aiming for A is now calling for major mining companies to step up their disclosure and signal that they have taken on board the challenges posed to their businesses by the global drive to mitigate climate change. In December 2015 the Coalition submitted ‘supportive but stretching’ shareholder resolutions to Anglo American, Glencore, and Rio Tinto with the aim of encouraging them to accelerate their efforts to adapt to a low carbon economy. Those co-filing these resolutions now represent over $4 trillion of assets. The resolutions direct the miners to address five main areas including reducing operational carbon emissions as well as supporting research and development into low-carbon energy. Shareholders will vote on the resolutions at the companies’ AGMs in the spring.