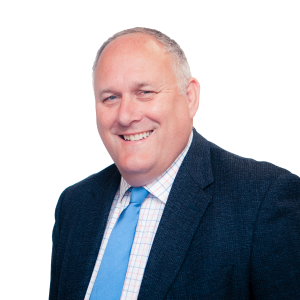 David Palmer (pictured) became Chief Executive Officer of the firm. He is a Director of Epworth, leads the Executive Committee and has ultimate responsibility for all aspects of the business.

Finance Board of the Methodist Church have announced the management team that will assume responsibility when its current Chief Executive, Bill Seddon, steps down at the end of 2016. David Palmer, currently Head of Private Client Investment Management at Towry Ltd will be joining the Central Finance Board (CFB) in September and will assume the role of Chief Executive from the beginning of January. Chief Investment Officer, Stephen Beer, in an enhanced role, will take sole responsibility for devising and executing the CFB’s investment strategy. The Team is completed by Marina Philips, who remains as CFB Secretary and Chief Financial Officer.

CFB Chair, John Sandford said “We are delighted that David Palmer has agreed to join the CFB and believe that his proven record in growing asset management businesses will enable us to take the development of our wholly owned subsidiary, Epworth Investment Management (Epworth), to the next level. Together with Stephen Beer, already an acknowledged leader in the world of ethical investment, and Marina Philips, we will have a formidable team.”

On accepting his new role, David Palmer commented “Having built my career on core values based on my Christian faith, this is my dream job. I strongly believe that integrating Christian ethics into the investment process, as the CFB and Epworth have successfully done for many years, can be the springboard for a growing and sustainable fund management business.”

The CFB, an innovator in responsible investment, was established in 1960 to enable Methodist organisations to pool their assets and manage them efficiently. Epworth, its wholly owned subsidiary, was formed to allow the proven expertise of the CFB to be offered to a wider market. This is mainly done through the Affirmative range of common investment and deposit funds, which along with the CFB range of funds are managed in line with the ethical stance of the Methodist Church. The CFB and Epworth actively integrate engagement with companies on financial, ethical, social, environmental and governance performance as part of their investment decision making process.