In the news: Tax justice: The intentionally overlooked part of ESG 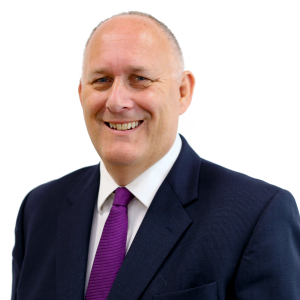 2020 has witnessed the acceleration of a number of major societal changes – the shift to e-commerce, remote working, and the transition to a lower carbon economy, to name a few.

The acceleration of these trends has, in part, been caused by Covid-19 with the lockdown providing the opportunity to reflect and ask the question ‘do we want to go back to how things were?’

This can be seen on a micro-level with surveys suggesting 40% of finance professionals and 70% of IT professionals are seeking a career change in 2021.

In the City of London, this has been evident through the very loud embracing of ESG, CSR and ‘stakeholder capitalism’ by institutions and investors alike.

We’ve all seen this in its various shapes and forms – a cuddly advert filmed over Zoom; a CSR initiative to feed/clothe/entertain key workers; or a cash donation to a charity stepping into a gap left by a government spending cut.

The City’s progress on ESG should be celebrated, but it needs to go further and, collectively, the City needs to achieve more.

The excuses, that were previously fed to savers to fob-off concerns around investing in weapons, tobacco, and fossil fuel exploration, are no longer working.

You can no longer tell a millennial or a member of Generation Z that the high barriers to entry and the stable income of weapon-manufacturing stocks mean that its therefore worth ignoring the fact that weapons platforms kill people, mostly civilians.

Those lines won’t work. If you try, you’ll find your young clients will download an app and have their money invested in green ETFs before the week’s end.

Our future customers will decide which of us continue operating and they’re only becoming more empowered thanks to advances in technology, the information available, and regulation.

So, it must be asked, will the tolerance of generations’ that graduated into the 2008 and Covid-19 recessions wear thin, when they learn that their newly carbon-neutral pension manager invests in companies that undertake tax acrobatics to avoid paying their fair share of tax, which is needed now more than ever?

If you think we’re exaggerating, here’s a sad fact: there’s only one asset manager in the UK with the Fair Tax Mark.

That’s clearly not good enough and not sustainable for any of us.

The true scale of this insidious problem remains unclear thanks to the secrecy and complexity with which these arrangements are made by London’s leading accountancy and law firms.

The UK government’s official estimate for how much tax is avoided is £36bn. Whereas, independent experts from Tax Research have suggested it’s as much as £116bn. To give you some idea of how transformative that money would be for the UK, our public spending for health and the NHS in 2020-21 is £178bn.

You only have to look at public frustration surrounding the tax arrangements of leading Brexiteers Sir James Dyson and Sir Jim Ratcliffe, who have relocated their homes and businesses to Singapore and Monaco respectively, to understand how this might play out in the court of public opinion.

The old excuses that were once fed to clients on this issue are similarly losing their potency.

People are tired of hearing how many hospitals could be built if schemes like the Double Irish with the Dutch Sandwich weren’t exploited by the world’s largest tech firms.

Moreover, these firms, including Amazon, are set to be some of the largest beneficiaries of the lockdown-led boom in e-commerce. Due to the desperation in today’s society, they have been able to recruit newly laid-off workers by the thousands, but have declined to offer them sick or holiday pay.

There is real anger that companies in receipt of taxpayer money are using it to pay dividends or support executive pay, while countless families live in fear of the furlough scheme ending.

This year, the power of the public to bring about change has never been more evident and so underestimated.

That power, which has brought out the best in humanity in 2020, will continue to find its way into City boardrooms in which the question will be asked: ‘Are you paying your fair share?’